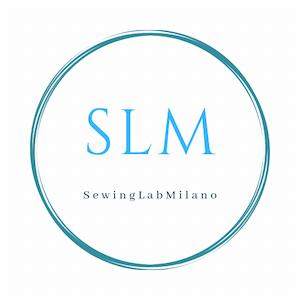 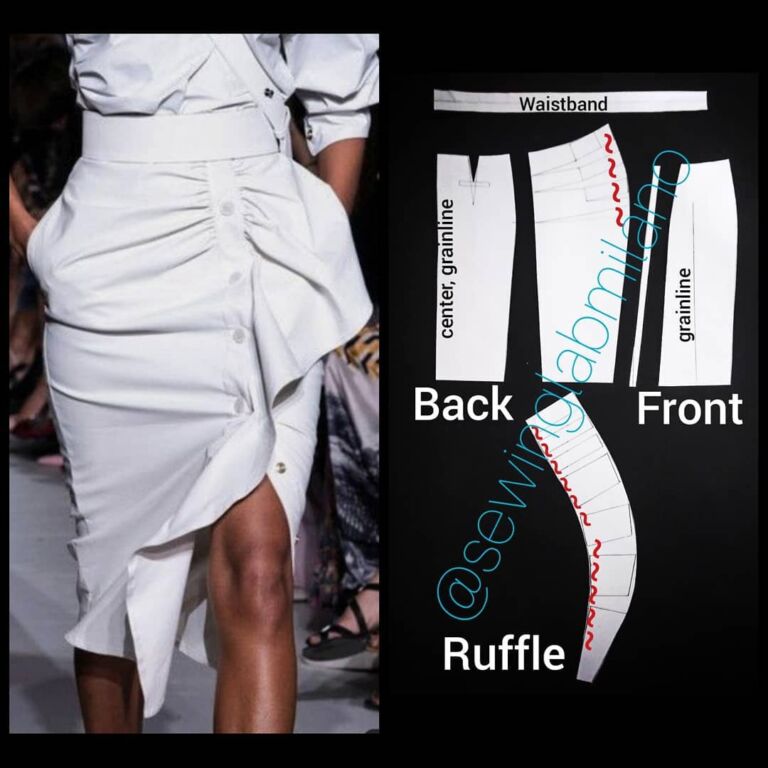 Let's see how to draft the pattern of this asymmetrical ruffle skirt.

Start from a basic skirt with full front. 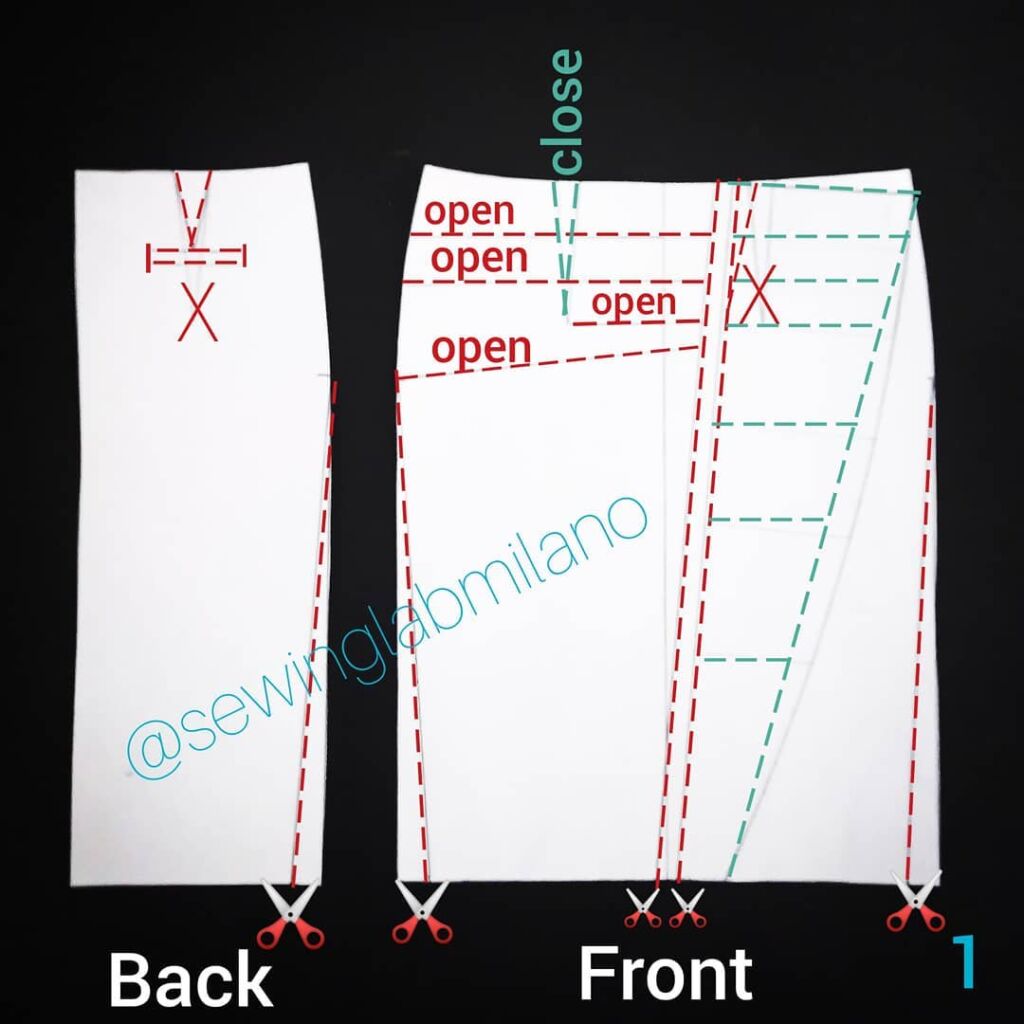 On both front and back reduce slightly the hem width.
On back, redraw the dart shorter and draw the welted pocket.
On front, first draw the button stand (those two parallel red slanted lines), then draw some slash lines for the drape (the red -almost horizontal – ones). Discard the darts: one will be manipulated into the drape, the other one is discarded in between front and button stand.
On the non draped part of the front, draw the ruffle line and some slash lines (which you see in light blue) 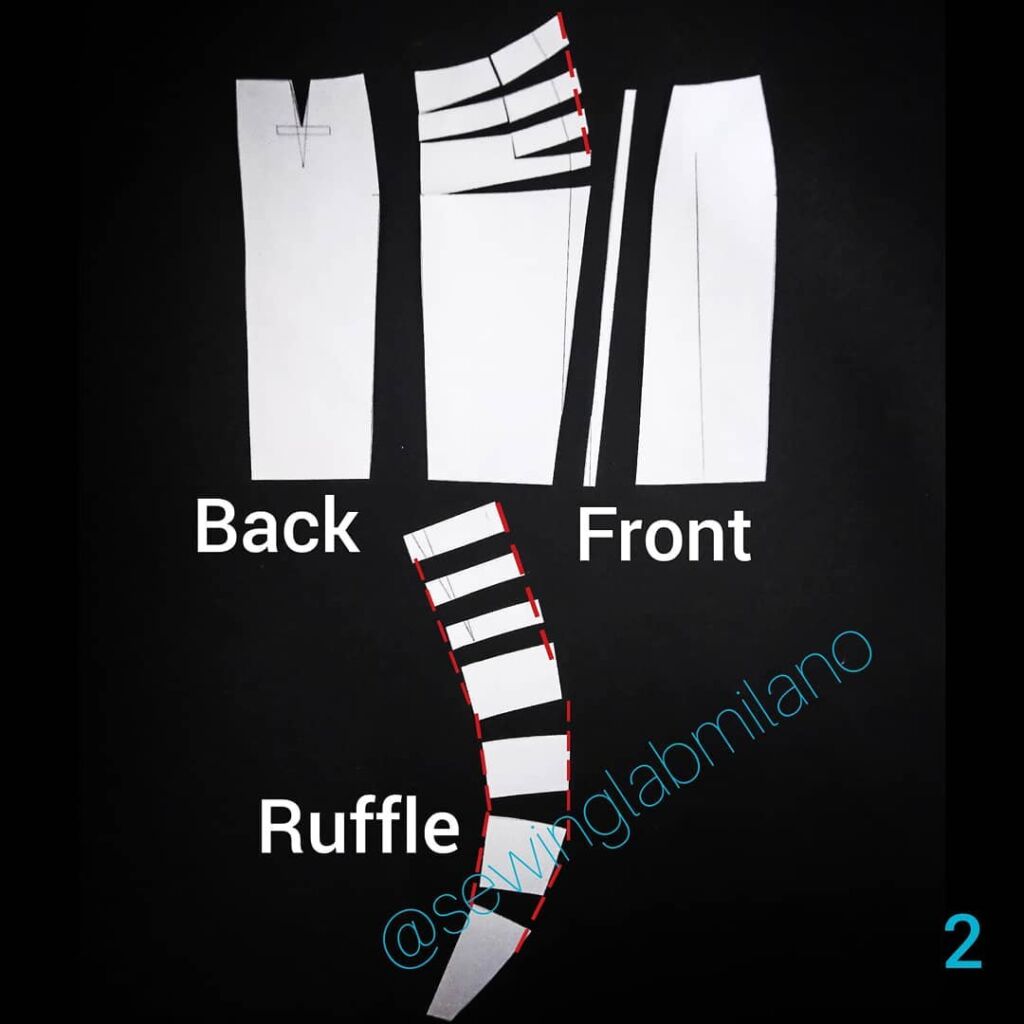 Cut through all the slash lines and close the existing front dart to get the drape.
Separate the ruffle pieces and add volume. 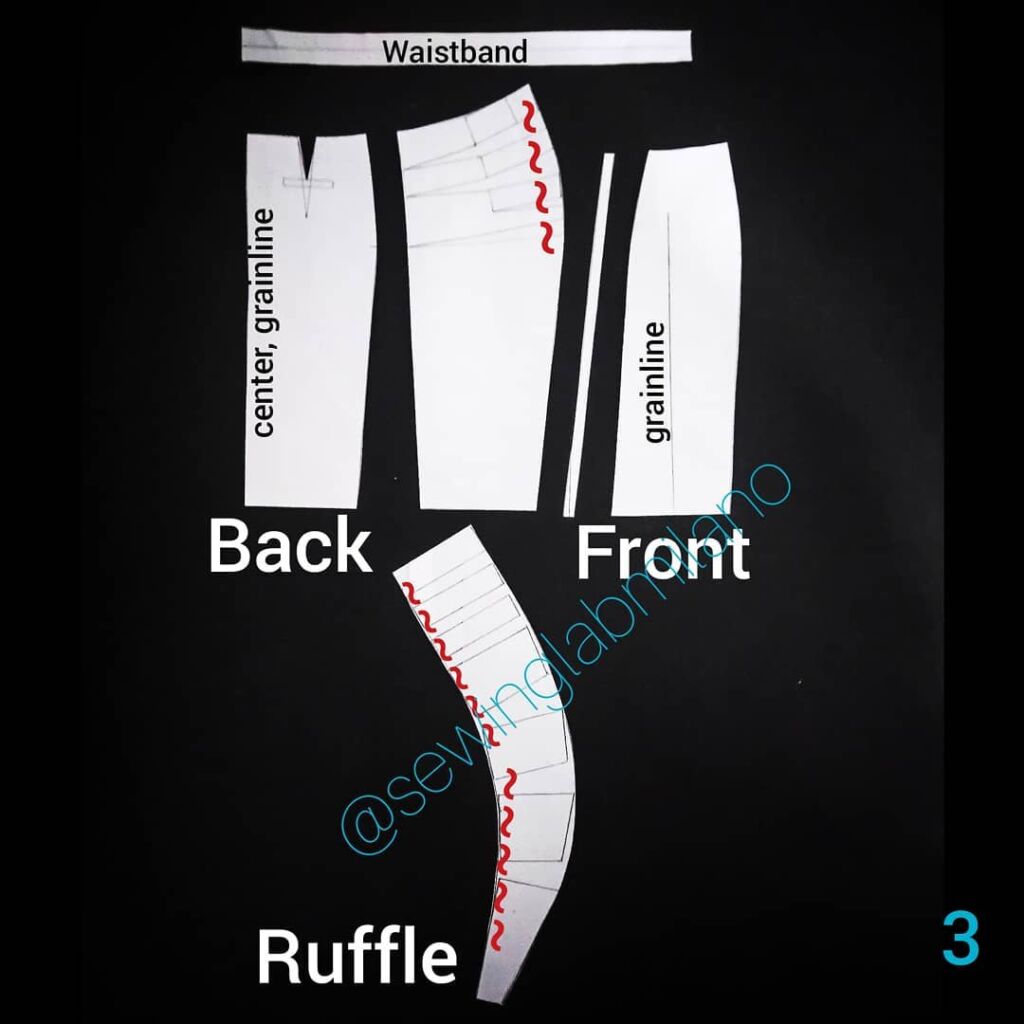 Add a waistband, trace the separate copies and your pattern is ready: back, left and right front, button stand, ruffle. 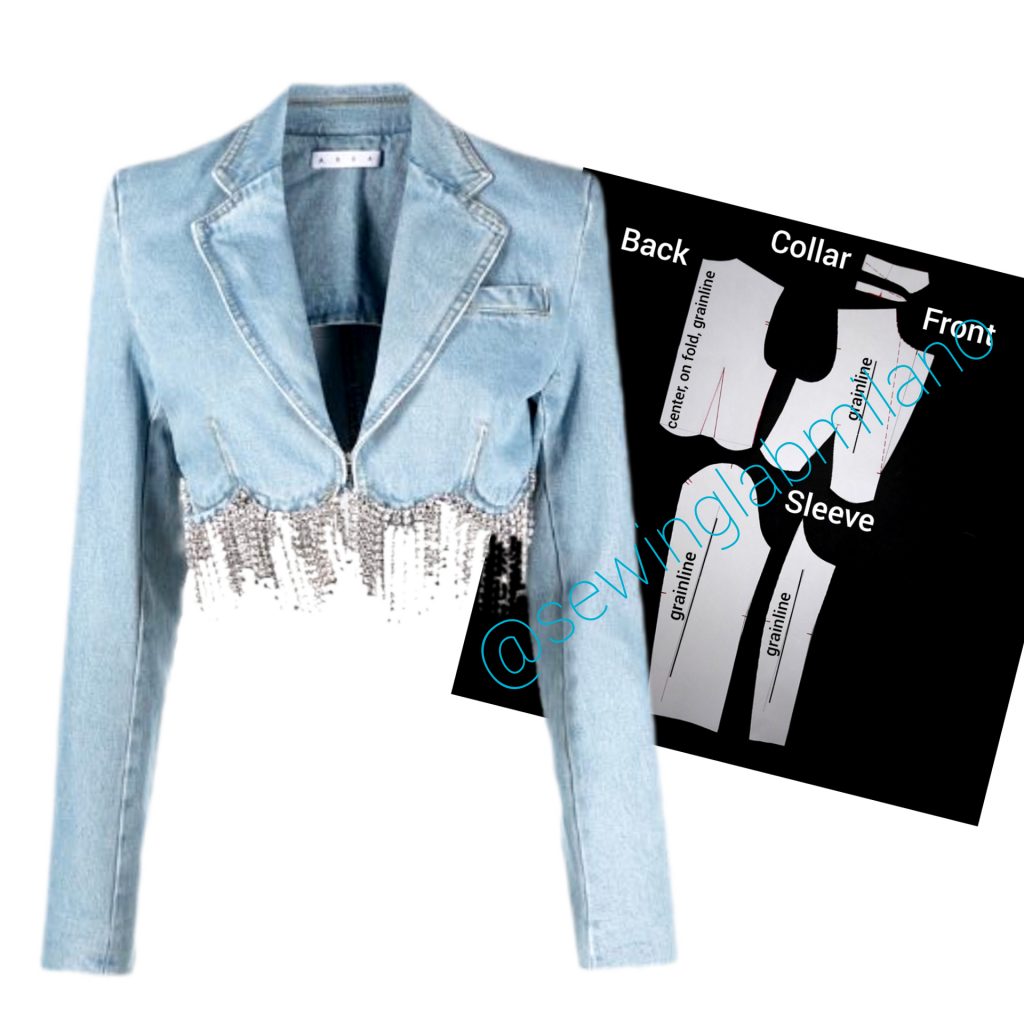 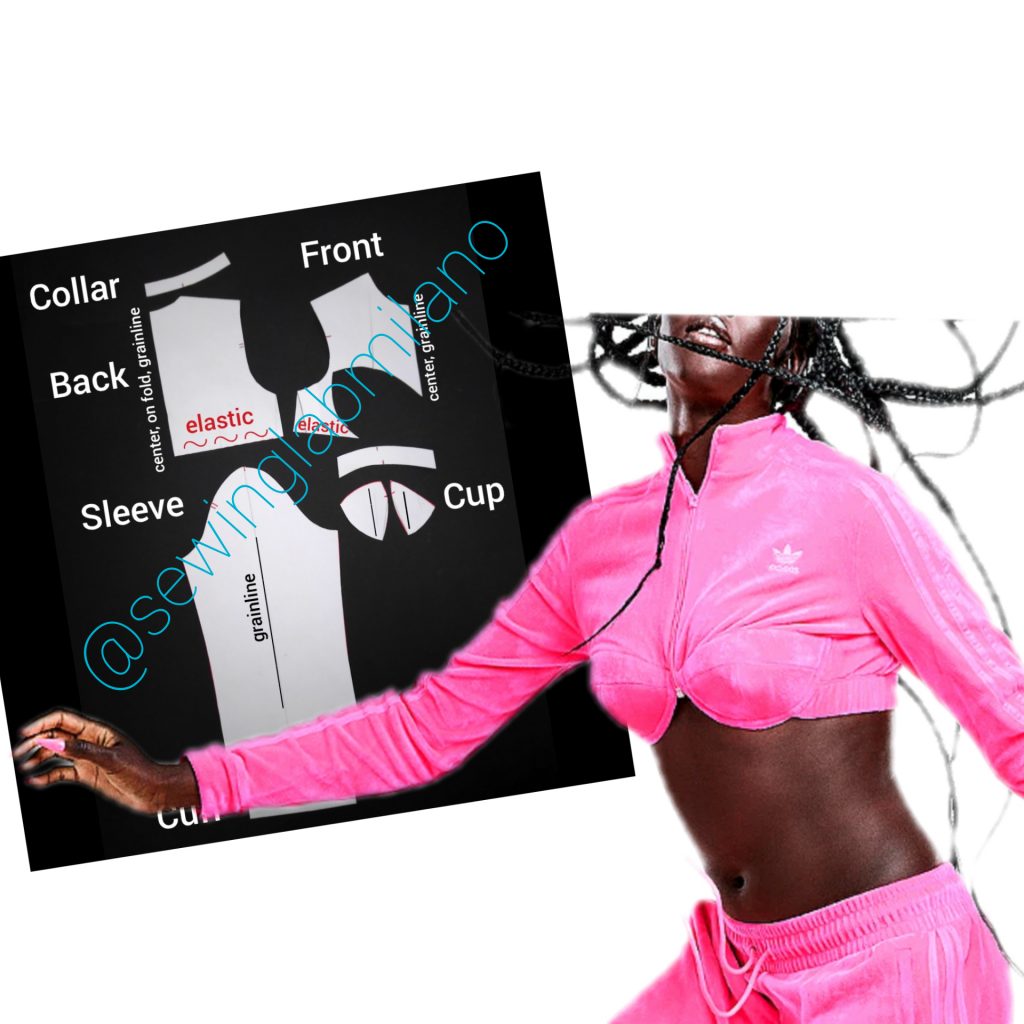 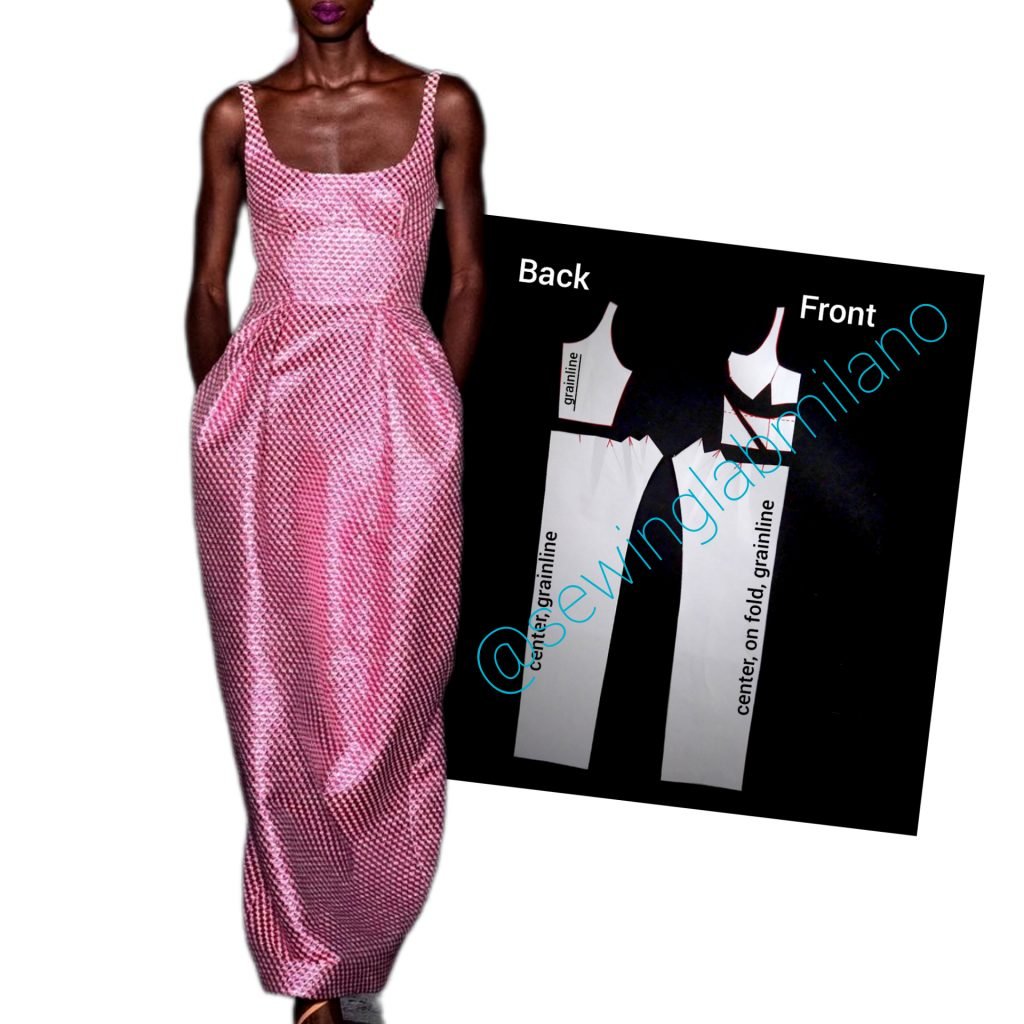